Since Mona allows users to send data about the same context but from different places and points in time, there can be a number of different behaviors in the processing of the data.

This is possible using the "Actions" key in the message sent to Mona.

For example, this record (identifiable by its context id) is set to OVERWRITE the pre-existing fields and add new ones under the same context ID:

These are currently the only actions supported, but more to be released in the future.

To make the possible “Actions” more clear, here is an example of sending new data to an existing context id, and how each “Action” will affect the record. 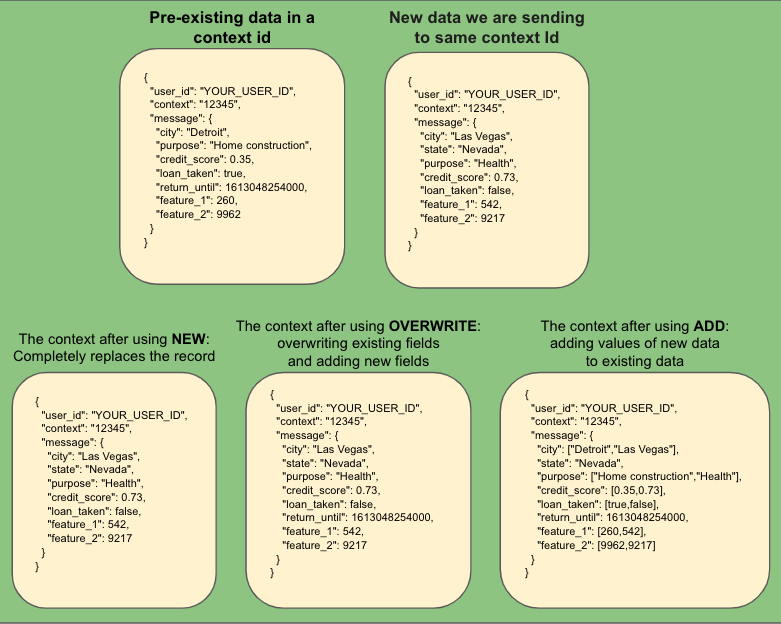